Tbilisi is the capital of the Republic of Georgia. It has a turbulent history of conquest and trade. Tbilisi brings together flavors and culture from all over the country into a city where the modern and the historic writhe together, fighting to be seen. It’s said that those who enter Georgia as a guest, will be treated with more hospitality than anywhere else in the world. And, you will even have your personal host, who will reveal the hidden beauty of ancient Tbilisi with you.

Your host is a reason why you should visit one of the oldest country, Georgia /Sakartvelo 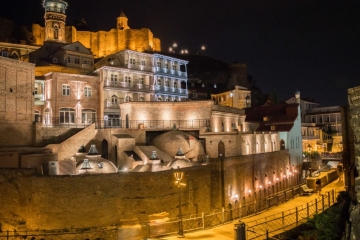 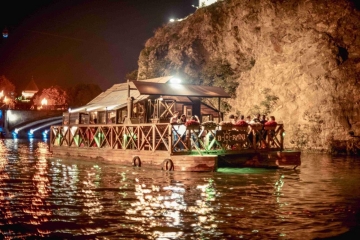 Pretty much everything that you would wish!

Georgia’s capital, Tbilisi, has undergone many restorations, invasions, and a huge development from what it was centuries ago. According to the archeological expeditions, Tbilisi’s territory was inhabited in an antique period, while in 1-2 centuries AD, it already was a small town settlement.

Anchiskhati church is the oldest church in Tbilisi. Built by King Vakhtan Gorgasali’s son in the 6th century, it was originally constructed for Virgin Mary, but in the 17th century, an icon of Christ was transported from Anchis Cathedral in Klarjeti here, and therefore changed its name to Anchiskhati, or Icon of Anchi if translated literally.

The oldest district of the capital, the Narikala Fortress, a brick structure, dates back to the 4th century when Tbilisi was a Persian citadel. The fort sits on a steep hill between the sulfur baths and the botanical garden. The St. Nicholas Church, located inside the courtyard, is a fairly recent construction (1996–1997), but it replaces the original 13th-century one, which was destroyed by fire. You can walk up the steep hill from Maidan Square or take a cable car.

In Tbilisi, the summers are warm and mostly clear; the winters are long, very cold, and partly cloudy; and it is dry year round. Over the course of the year, the temperature typically varies from 28°F to 88°F and is rarely below 20°F or above 97°F.

Our qualified and experienced drivers are always at your disposal.

Get more information about upcoming tours